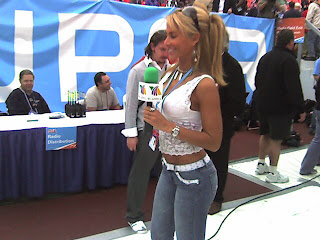 Over the last few days, there has been a lot of discussion about Mexico’s TV Azteca sports reporter Ines Sainz treatment by the New York Jets and her on-camera wardrobe. It’s never okay to harass anyone, ever. The slippery slope and controversy here is around the message Sainz is sending with her attire.

Everybody judges everybody based on image. Your image tells people who you are, what you do, and what you want. The resulting judgment and interpretation depends on the viewers’ perspective and image definitions. In the US, professional attire is always modest, has a simple silhouette, and fits loosely. Outfits can also be fun, feminine, fashionable and casual. However, anyone who compromises the first three golden rules of modesty, simplicity and fit will never be seen as professional in this culture. 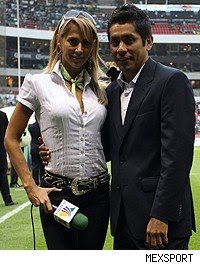 In Mexico and many Central and South American countries, women are expected to dress in a sexy way, even for business situations. Cleavage exposure, skin-tight clothing, and frilly and feminine styles are common for women in all professions, classes and ages. Examples of these cultural norms can be seen everyday on news programs on the Telemundo and Univision TV networks.

As for many women from Central and South America working in the US, Sainz’s image troubles lie in the clash of cultural definitions of professional wardrobe for women. What is Ines asking for? Her TV Azteca audience knows she’s asking to be respected as a professional sports reporter. However, the American audience interprets her outfits as flirtatious and soliciting social interaction instead of professional relations.

“She was asking for it” is never justification for inappropriate and disrespectful behavior. And, if you want to be respected as a professional, your image is a critical factor in getting what you want.

← A Tale Of Two Images
The Size Isn’t The Size →

2 Responses to What Is Ines Sainz Asking For?